In fact, I’ve never had fish maw before I came to Singapore. Fish maw is not that popular in my hometown as it is in southern part of China. The story began on one day, my husband received a CNY gift, which contained many traditional Chinese ingredients for CNY and that’s how we got a can of fish maw. Never cooked fish maw before. But I still wanted to give it a try.

Main ingredient of this soup is fish maw. To make the soup more tasty, I made some fresh chicken stock.

Just put a half chicken into a pot with some ginger slices. and cook for 2 hours.

Apart from fish maw, I also used clams. I guess seafood like shrimps and crab meat also goes well with this soup. 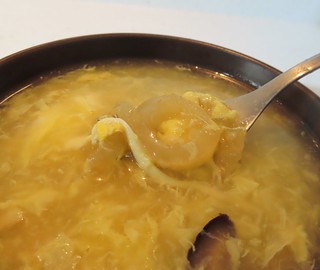 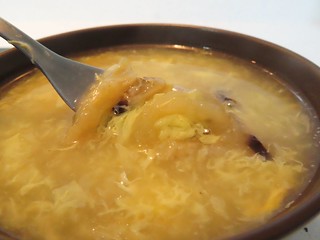 Oh. For the chicken I used to make chicken stock, It can be served as one dish. Just cut in into smaller chunks. Mix 2 tsp light soy sauce and 2 tsp sesame oil. pour the sauce over chicken. 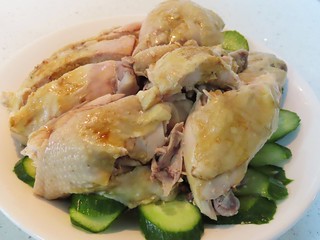